How do you have fun without alcohol

Supplements To Help Stop Drinking Warning: Do not take any supplements listed END_OF_DOCUMENT_TOKEN_TO_BE_REPLACED

Vitamins For Alcoholics And Problem Drinkers That Work! I have noticed over END_OF_DOCUMENT_TOKEN_TO_BE_REPLACED

How do you stop thinking about drinking alcohol? When you get addicted END_OF_DOCUMENT_TOKEN_TO_BE_REPLACED

Hypnosis For Alcoholism: Does It Really Work?

Maybe there is another way? Let me open this by saying I END_OF_DOCUMENT_TOKEN_TO_BE_REPLACED

Are You Drinking to Help with Loneliness or Boredom?

Fun without alcohol, is it possible?

They will pre-decide that it will be boring and dull. Back when I was a drinker I would have point blank refused to attend a party that didn’t have alcohol. My ex-wife was friendly with a couple that hardly drank alcohol at all. Perhaps once a year we would be invited around for a meal.

I would bitch and moan like a petulant child.

All the way through the meal I would sip the water and continually glance at my watch. Fifteen years later when I look back I can’t remember anything about them, other than they stopped me drinking. They may have been the most lovely and amazing people who ever walked the earth – I will never know.

At the time I was 100% sure that I was right! You can’t have fun without booze. However, the truth is it’s not that alcohol makes a party but rather drinkers of alcohol are miserable when they can’t get access to their drug. So it’s not the party that’s dull, it’s the addict – who only knows how to be sociable if they are able to engage in the consumption of their preferred drug.

At the height of my addiction, I couldn’t even go to watch a movie without first planning how I could also drink at the same time.

I would even sneak a bottle of whiskey into the movie theatre with me. I would order a big gulp coke and mix it with Scotch so I could sip at my drug for the entire duration of the movie.

This has been demonstrated to me this weekend in the most profound and hard-hitting way. I live in Cyprus these days and my grown-up children live in the United Kingdom. So I don’t get to see them as often as I would like. This means that when we do spend time together we like to make it count.

This weekend I flew to London to have a weekend in the city with my daughter. We had an amazing time together; we went shopping, took in a west end show and spent serious quality time together. I am so grateful that alcohol is no longer present in my life to steal these moments from me.

Alcohol is a thief!

It steals your money, your health, your relationships and worst of all – your time. I spent over £100,000 on alcohol and while that is a crime, I can make more money! Time is the one thing you can never make more of.

If I were still drinking, this weekend would have been entirely different. Yes, I would have described it as ‘more fun’ but let me explain what a drinker’s definition of ‘more fun’ really means.

We would have spent significantly less time doing what my daughter wanted to do. Lunch would have been in a pub and would have taken about 3 times as long. Afterward I would feel a bit tired and suggest a lie down before we head out to see the show.

During the play, I would be thinking about the interval, when I could have a drink. I would enjoy the show, as much as I could but it wouldn’t have been the best part of the evening.

I would have woken up the next morning feeling terrible and full of guilt because the weekend was supposed to be about my daughter and yet again I made it about alcohol.

How do you have fun without alcohol?

That was the question that launched this post but it’s almost impossible to answer. The whole premise that alcohol creates fun is a house built on sand. There are no foundations to support the hypotheses.

If you are skeptical I can easily prove my theory to you. Just go to a party and be the only sober person there. You will be shocked at what you see unfold before your eyes.

Being the only sober person at a drunken party feels a little like being Neo in the Matrix. You are the only one aware that the ‘crazy, fun world’ being experienced by everyone else isn’t real. The reality is much more sinister and scary than anyone is conscious of.

You will witnesses your intelligent and compassionate friends turning into bumbling, emotionally unstable zombies. You will sit with a bemused smile on your face, confused as to why everyone is laughing at a joke or incident that wasn’t in the least bit funny. Slowly you will become aware that you are the only human being left in the room.

Addicts are as bright as monkeys

Your friends have become nothing more than a bunch of chimpanzees on a sugar rush.

By the end of the night, many people will no longer have the brain power to speak, some will fall over and hurt themselves (much to the amusement of the other primates) and some will black out and have to be carried to bed.

The next morning all your friends will wake up feeling like they want to die before heading to Facebook to wax lyrical about ‘what an amazing night we had’. Everything about alcohol appears to be a little bit insane when viewed with sober eyes.

Your friends will tell you that they had an amazing night. But they will use words like ‘slaughtered’, ‘smashed’, ‘wrecked’ and ‘wasted’ to describe how they felt. They will look you straight in the eye and through their bloodshot, exhausted outlook say this to you with 100% conviction.

The question is not ‘how do you have fun without alcohol’, the truth is drinkers don’t really understand what ‘fun’ is. Exactly the same way that people inside the Matrix refuse to accept that what they see isn’t real.

You can’t convince drinkers of this, so don’t even try. You can’t change other people; you can only change yourself and the way you respond to other people. 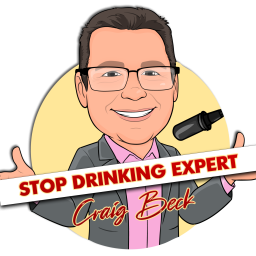