The Alcohol Industry Caught In Yet Another SHOCKING Lie!

The Alcohol Industry Caught In Yet Another SHOCKING Lie!

In the 60s and 70s, cigarette companies still insisted their product was health-inducing. By the ’80s, their lies were starting to come apart.

However, the alcohol industry continues to bury the fact that its products kill its customers. Worse than that, they still peddle the lie that alcohol is good for you.

A bit like claiming that shooting yourself in the head is good for a headache. Let’s examine the lies in detail and pick them apart one by one! 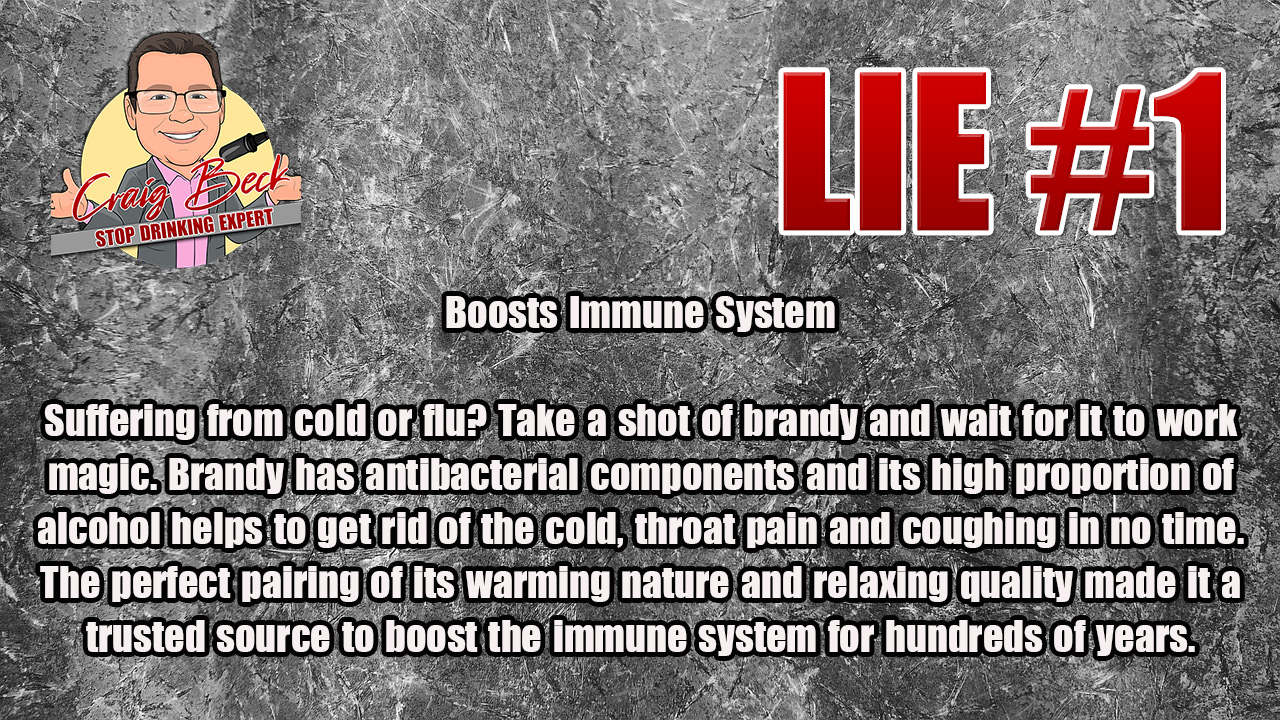 Alcoholic abuse is detrimental to the body’s immune system in many ways. Too much alcohol consumption can compromise the body’s capacity to combat infections, leaving an individual much more susceptible to conditions and disease. This is mainly due to the influence alcohol carries on our white blood cells, which are essential to dealing with infection.

When a person abuses alcohol, it impairs their body’s natural defenses by lowering the variety of leukocytes existing. Leading a specific to be much more vulnerable to microorganisms and infections. It additionally damages the functioning of living white blood cells, making them much less effective at battling diseases.

Chronic drinking likewise impacts other parts of our body’s immune system – particularly T-cells and B-cells – which are essential for defending against illnesses. Alcohol can lower the manufacturing of healthy T-cells. Triggering them to be much less energetic and unable to react successfully versus foreign intruders.

Similarly, extreme drinking can trigger B-cells to malfunction and produce antibodies that fall short of identifying or acknowledging incorrect antigens (compounds efficient in creating immune feedback). This can result in autoimmune conditions such as rheumatoid joint inflammation and lupus, where antibodies strike healthy and balanced tissue instead of attacking microorganisms.

Finally, alcohol usage can negatively impact nourishment levels within the body- essential for a robust body immune system- as it obstructs crucial nutrients from being soaked into the bloodstream. When incorporated with poor nutritional habits every day among heavy drinkers (such as missing meals), this absence of vital minerals and vitamins can further compromise a person’s resistance to the direction of illness. 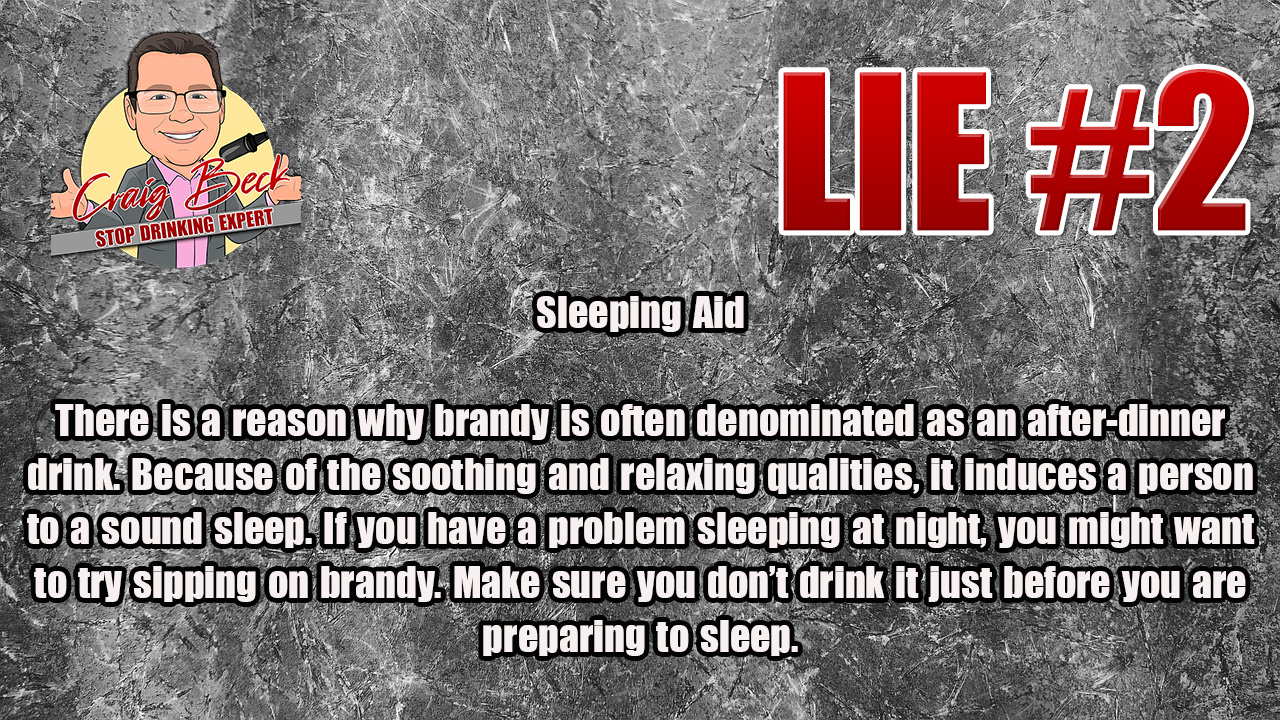 Alcoholic abuse can additionally have a substantial effect on sleep. Not only does it disrupt the body’s ability to relax in a healthy, balanced, natural way, but it can likewise result in long-lasting consequences that worsen with time.

Among one the most immediate effects alcohol has on rest is its capability to reduce the total quantity of time invested in deep sleep as well as REM (rapid eye movement sleep) cycles. This can be specifically troublesome for those who already suffer from sleep problems or other rest disorders, as it lowers their high quality of remainder and makes healing more difficult.

In extreme cases, this can also trigger someone to experience rest deprivation, which has actually been linked to an increased risk of wellness concerns such as stroke, heart disease, anxiety, and obesity.

In addition to disrupting regular sleeping patterns, alcohol consumption can disrupt the equilibrium of hormonal agents in the body that are in charge of alertness and relaxation during the day. Such as melatonin and cortisol.

When taken in before going to bed, beverages like beer and wine might offer short-term remedies for exhaustion or stress by raising serotonin degrees within the mind; nonetheless, this is typically followed by insomnia later when these hormonal agents return to their original degrees. Gradually, this cycle can cause a person’s hormone levels to become imbalanced, making them feel worn down throughout the day without knowing why.

Another way alcohol impacts our rest is its capacity to boost snoring and apnea episodes throughout the pause. Both of which can cause extreme daytime tiredness. Additionally, drinking before bed makes individuals most likely to awaken frequently during the night due to needing journeys to the restroom or having fragmented desires that challenge one’s feeling of truth.

As if this had not been enough, chronic heavy drinkers frequently develop fast tolerance levels toward alcohol. Hence, they increasingly need more significant amounts to drop off to sleep again after getting up throughout the evening. 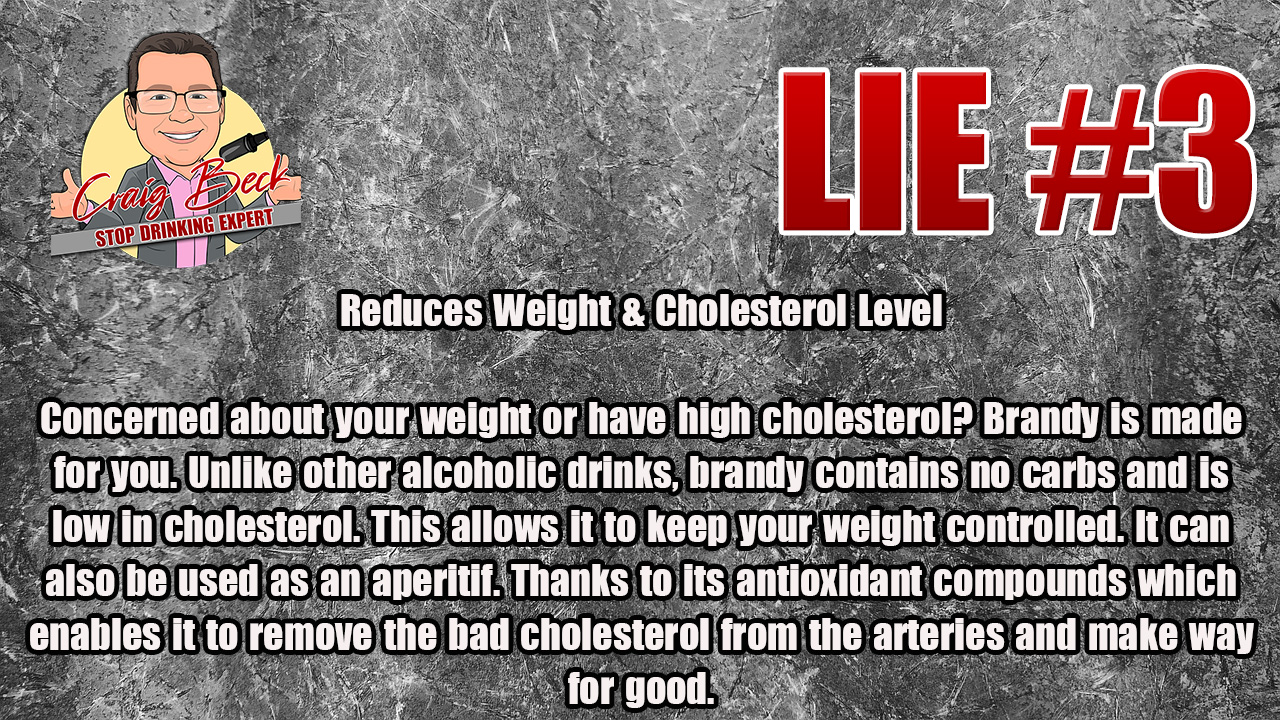 Alcohol intake can lead to weight gain for several factors. First of all, alcoholic beverages are commonly high in calories and have little-to-no nutritional value. Meaning that they provide the body with empty calories, which can promptly build up throughout the day.

Alcohol adds calories on top of what we take in with food and also other drinks during the day, leading us to exceed our daily calorie requirements.

Along with this, drinking alcohol can likewise impact one’s metabolism. When eaten in significant amounts, alcohol can decrease the body’s fat-loss process and its capacity to break down carbs into glucose. Both of which are crucial for proper weight control.

In addition, alcohols are typically accompanied by high-calorie mixers or snacks such as chips and dips, making them even more calorific than if they were taken in alone.

When individuals drink alcohol, their restraint tends to lower substantially – making them more likely to enjoy unhealthy food cravings than typical. Research studies have actually shown that individuals who consume alcohol considerably usually eat more hydrogenated fats as well as carbs than those who abstain from alcohol totally, something that can bring about high degrees of cholesterol and also triglycerides in time, which can be highly damaging to one’s wellness and also waistline alike.

Lastly, drinking way too much alcohol likewise triggers dehydration. Something which influences the body’s capability to efficiently melt fat and absorb crucial vitamins and minerals needed for healthy and balanced weight administration.

As dehydration impacts different body parts in another way (such as triggering muscle mass tiredness), it is necessary to consume lots of water while drinking alcohol not to interrupt your metabolic process or weight management initiatives.

Extreme quantities of alcohol intake can lead to considerable weight gain because of its high-calorie content, its impacts on metabolism, its propensity to make people indulge in junk food cravings, and also its capability to cause dehydration within the body.

Every one of these contributes in the direction of raised degrees of cholesterol and impaired fat loss abilities over time. Therefore it is necessary for those looking to achieve healthy and balanced weight management goals to limit their intake of alcoholic beverages to prevent these issues from taking place to begin with. 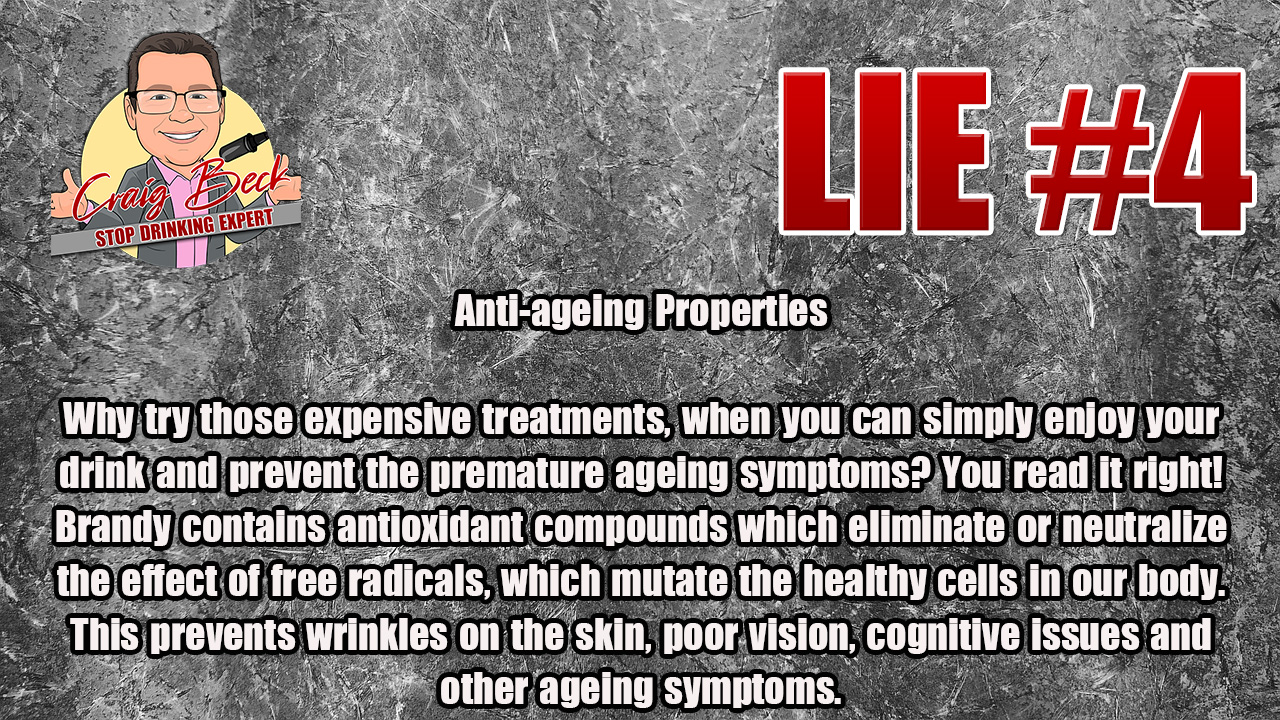 Alcohol usage can substantially affect how one looks, with most of its results contributing to the appearance of early aging. Not only does alcohol reason dehydration which creates the skin to dry out and show up aged, but it has also been connected to increased levels of creases and fine lines due to its destructive effect on collagen manufacturing.

Among the most evident impacts arising from too much alcohol consumption is dehydration. This not just results in a lackluster appearance in the short term but can also create lasting damage within the body because of its capability to deplete essential nutrients.

When dehydrated, our skin becomes completely dry and tight, thus becoming much more prone to creases or great lines. Something that is further worsened if we are subjected to guide sunshine or other environmental variables such as air pollution or cigarette smoke. Gradually, these signs of dehydration become much more apparent as our body’s ability to retain water progressively lowers, making us appear older than we are.

Additionally, alcohol has been linked with reduced levels of collagen manufacturing in the body, a healthy protein in charge of giving structure and flexibility to our skin. Collagen production decreases typically gradually; nevertheless, consuming alcohol can accelerate this procedure substantially. Leading us to experience drooping skin, muscular tissue weak points, joint discomfort, and joint stiffness earlier than typical.

When integrated with a poor diet (one lacking vital minerals and vitamins), this absence of collagen can get worse further, leading us to look a lot older than we actually are in no time.

Lastly, alcohol consumption can additionally raise swelling within the body – which is known to reduce tissue regeneration rates and contribute towards early aging inside and externally alike. This swelling does not just lead us to experience exhaustion quicker. In addition, more reduces our body’s ability to heal itself quickly.

Yet it also raises oxidative levels, which can gradually deteriorate our cells with time; therefore, it significantly contributes to creases or unwanted pigmentation across our face or body that would be tough for us to get rid of.

Extreme quantities of alcohol intake can lead directly lead us towards looking much older than we actually are due to its drying-out properties, its ability to reduce collagen production, along with its capacity for enhancing swelling degrees throughout the body. Each of these dramatically contributes to early aging both internally and on the surface alike.

Consequently, it is essential for those wishing to maintain their vibrant appearance to restrict their consumption of alcoholic beverages to prevent these issues from occurring to begin with. 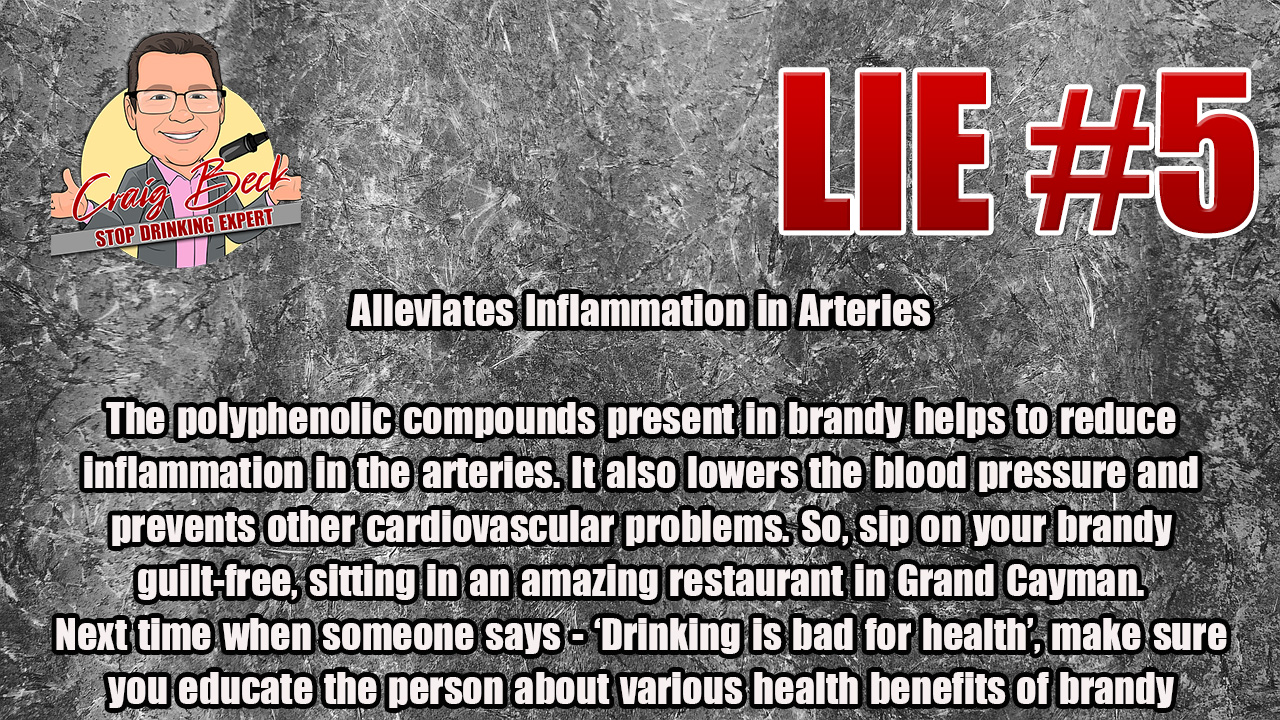 When it comes to the role of alcohol in creating swelling of the arteries, there is a complicated interplay of elements that add to this. Firstly, excessive alcohol intake has been connected to raised degrees of complimentary radicals in the body, which are recognized to be a fundamental cause of inflammation.

Free radicals are very reactive molecules that can harm cell structures by stripping off electrons from them, causing oxidative tension. This oxidative stress and anxiety problems cells within the arteries, promoting swelling and enhancing the danger of developing atherosclerosis – an arterial illness caused by an accumulation of fatty deposits within the artery wall surfaces.

In addition, alcohol consumption has additionally been linked with reduced degrees of HDL (High-Density Lipoprotein), otherwise known as ‘good’ cholesterol, which is a vital element for preventing heart disease and stroke.

Reduced HDL levels reduce the ability of our body to keep our cholesterol degrees in check, leading us in the direction of increased degrees of LDL (Low-Density Lipoprotein) cholesterol in our bodies– AKA ‘negative’ cholesterol. This raises our threat of hardening and tightening arteries because of their capacity to develop plaque on their wall surfaces.

When incorporated with various other factors such as smoking cigarettes or inadequate dietary options, this plaquing can further boost our threat of establishing narrowing or clogs within this crucial capillary over time, leading us in the direction of enhanced risk for cardiovascular diseases such as heart attack or stroke.

Moreover, drinking has likewise been related to problems such as abdominal excessive weight or hypertension respectively – two conditions which additionally raise the chance for developing arterial swelling due to their propensity to create more plaque formation on artery wall surfaces over a long-term period.

Constant alcohol consumption has also been related to higher cortisol levels (an inflammatory hormonal agent) secretion within our bodies. Something which not just triggers an inflammatory reaction but can lead us towards raised triglyceride levels too. Contributing substantially in the direction of atherosclerosis with time.

Furthermore, this mix can lead us toward higher insulin resistance rates, implying that we have a more significant problem regulating sugar levels within our bodies.

Ignore The Lies And Take Action

Our advice, stop taking health advice from the drug dealer. If you are worried about your drinking, decide now and take action.

The first step is to reserve your place on our next free quit-drinking webinar.